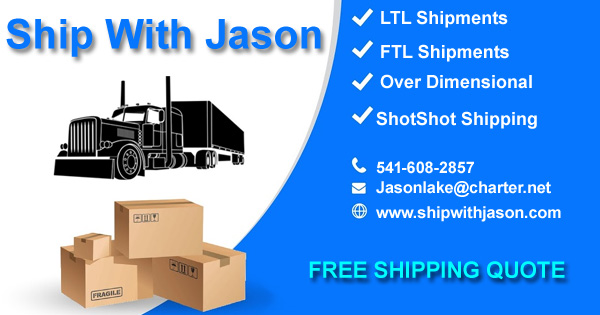 53ft Vans are the most popular truck and trailer on the road today. Along with our flatbed, stepdeck and RGN trucking services we provide full truckload and less than truckload shipments via 53ft box trucks to and from Las Vegas, NV. Need a 53ft van that’s air ride for you fragile and sensitive freight? We have both 48 foot and 53 foot dry vans for LTL & FTL shipments in and out of Las Vegas, NV.

Do you have a shipment that requires a temperature controlled trailer? Shipwithjason.com can assist you with shipments that require your commodities to be kept at designated temperatures. Refrigerated trucks are mostly utilized for food related shipments to ensure the load does not spoil during transportation. So if you have a shipment coming from or going to Las Vegas, NV Shipwithjason.com should be your first choice for refrigerated LTL & FTL shipments.

Do you have an oversized shipment going to or from Las Vegas, NV? Shipwithjason.com offers competitive Overdimensional shipping quotes on a variety of commodities ranging from construction equipment, CNC Machines and other oversize shipments that require a RGN, Double Drop or Stepdeck trailer.

Are you needing a Hotshot Trucking in Las Vegas, NV? Shipwithjason.com is a leading transportation company for Hotshot trucking. Hot shots are typically not as long as an standard 48 foot flatbed truck and trailer and are great for areas that cannot be accessed by a full-size truck. So if you have a FTL or LTL shipment and looking for a hotshot truck and trailer Shipwithjason.com has you covered for shipment in and out of Las Vegas, NV.